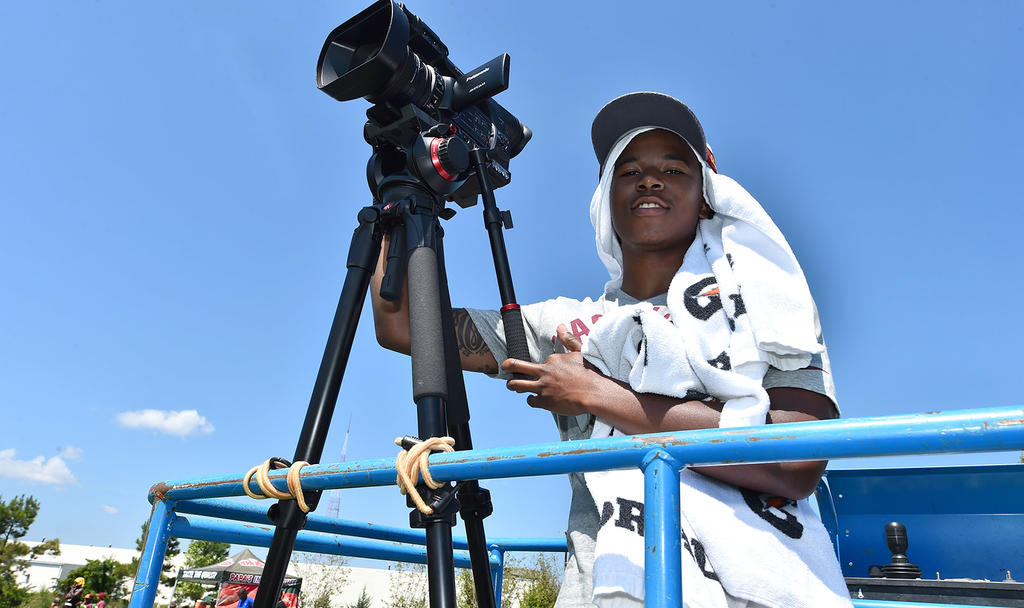 WANT TO HEAR WHAT'S GOING ON?

If you would like to receive our newsletter, please email us.

Directions to the Film at Mason Office

Film at Mason offices are in College Hall within the College of Visual and Performing Arts area of the Fairfax Campus.

Contact us to schedule a visit with Film at Mason. View all the Film at Mason hot spots around campus using the map below or view the full campus map. 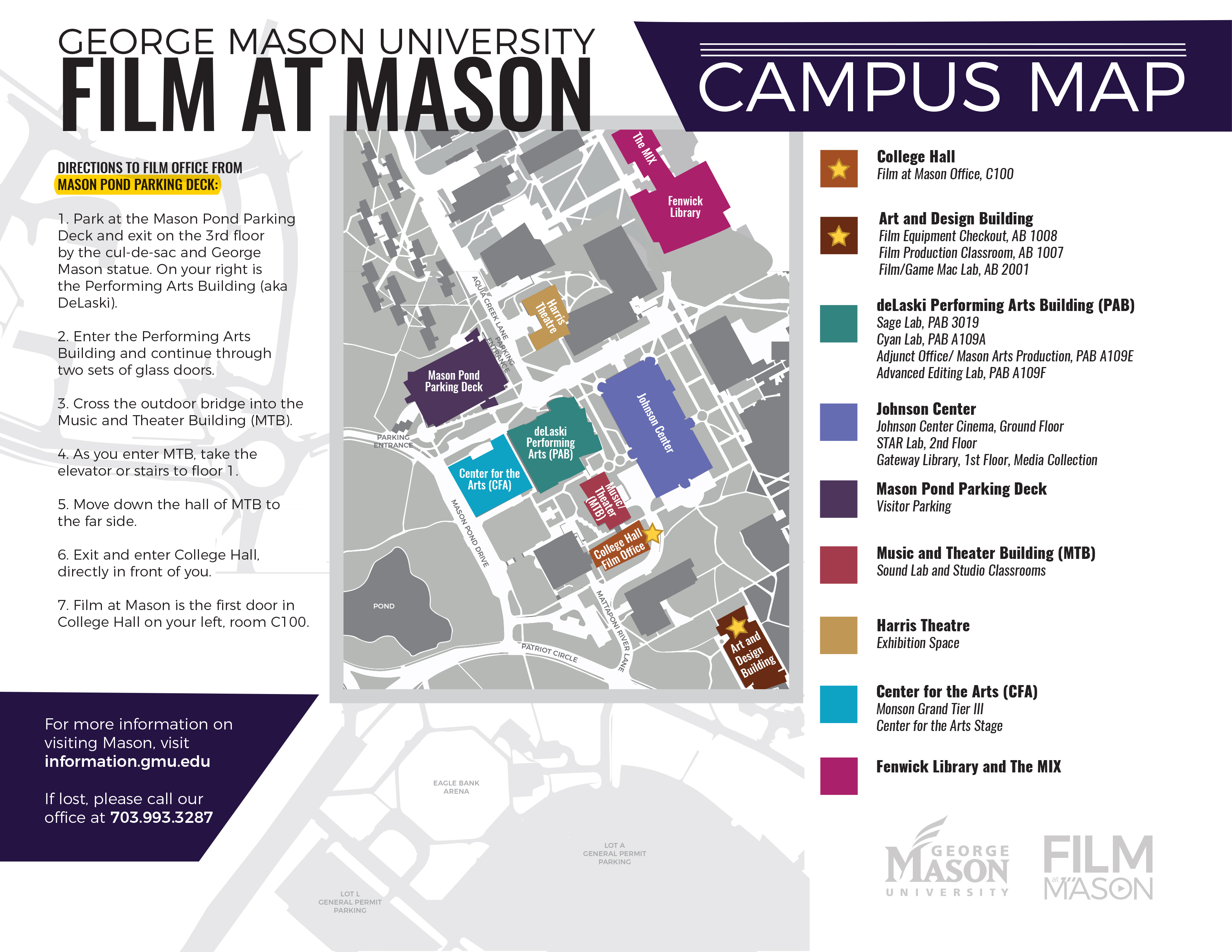 Please submit through SlideRoom by our deadline.

For more information, please visit the Center for the Arts website.

The Johnson Center Cinema has featured screenings from the Visiting Filmmakers Series including Netflix featured Patti Cake$ with Michael Gottwald, HBO’s Say Her Name: The Life and Death of Sandra Bland with directors Kate Davis and David Heilbroner, and Ava DuVernay’s 13th with Film at Mason’s very own Professor and award-winning cinematographer Hans Charles.

The venue is also home to the annual Mason Film Festival and other student-focused showcases. Each year, Film at Mason screens around 140 student productions featuring short films ranging from advanced directing students in fiction and documentary, beginning video production, to senior thesis films.

A university-owned space, Johnson Center Cinema is a

294-seat cinema on the lower level of the Johnson Center on the Fairfax Campus. For more information or if interested in booking the space, inquiries may be directed to University Events Management.

Covered parking is available in the Mason Pond Parking Deck, 4500 Aquia Creek Ln, Fairfax, VA 22030. Exit the parking deck on the ground level of the 3rd floor. The Johnson Center will be straight ahead, just to the right of the George Mason statue. Go inside and take the elevators down to the lower level. The Johnson Center Cinema is around the corner, left of the elevators.