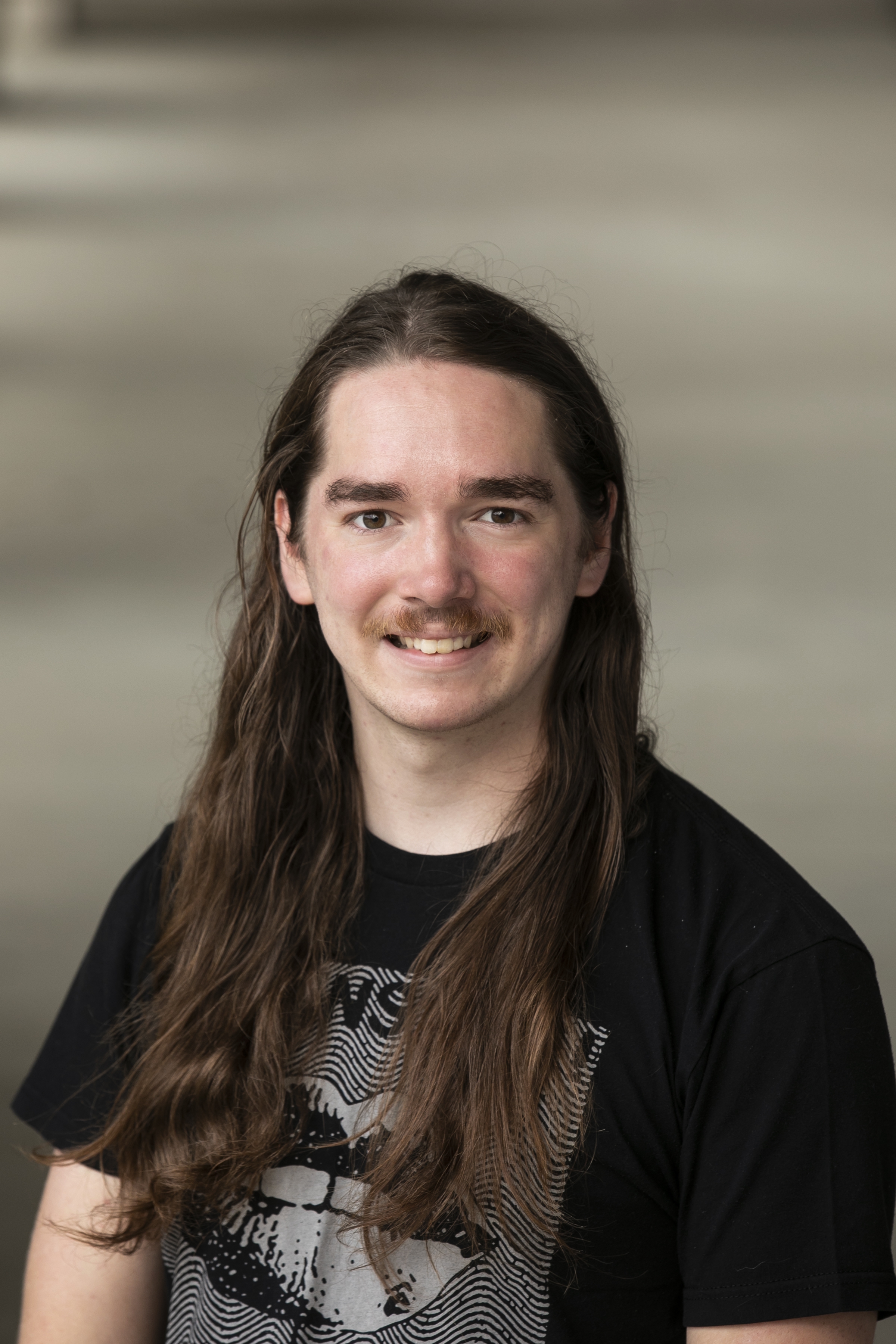 Evan Bowen (they/them) is the Post-Production Coordinator for the Film and Video Studies Program. They studied Film and Moving Image at Stevenson University from 2015-2019, where they accrued a large amount of credits on various student films and freelance work. In November 2018, Evan participated in the Stevenson University 72 hour film festival to produce Chesstern, which went on to win the audience award. Chesstern was submitted to the Stevenson University FMI Awards in April of 2019 and was awarded Best Narrative and Best Picture. For their senior thesis project, Evan wrote and shot the experimental short film The Flimsy Line Between Fantasy and Reality (or Subconscious for Short). In the spring of 2018, Evan was a content production intern at Maryland Public Television. After graduation in 2020 Evan was a Digital Content Services Technician for Discovery Incorporated.